Tourists and Plastics : a dangerous combination for the Mediterranean’s natural and cultural resources 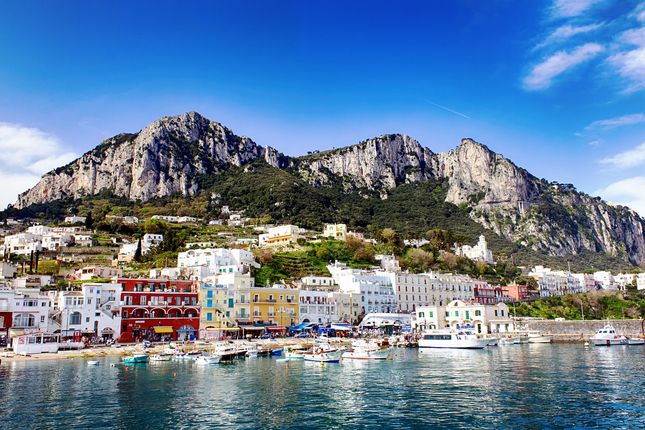 Tourists are now to be fined for using non-biodegradable plastics in some cities of Italy. This measure could help tourists minimise and even be dissuaded from using such a dangerous element for the environment and the biodiversity of the destinations they are visiting. This kind of measure represents a complementary solution carried out by local authorities to the efforts made by the MED Sustainable Tourism Community in that regard.

(Rome, 23 May 2019) As from now, “tourists face steep fines of up to €500 should they be caught using non-biodegradable plastic bags, single-use plastic plates, cups, straws and cutlery” reported a journalist from the Telegraph in a recent article about Capri (Italy). This measure has been decided by Capri's mayor, Mr Giovanni De Martino, and follows other similar decisions elsewhere in the country. In fact, it has already been the case in the Tremiti islands (Puglia region) where such fines were introduced to dissuade tourists from impacting negatively the environment and the biodiversity of this very unique destination.

“Plastic bottles are one of the largest contributors to plastic pollution, with some 480bn them were sold globally in 2016 – more than one million per minute” highlights the same article. For now, the focus is indeed plastic bottles that tourists use extensively and to reinforce this measure for the upcoming summer, flasks will be distributed. This represents one step towards confronting the huge problem that plastics have on the Mediterranean region, sea and coastal areas. Other steps are being taken in other regions and countries such as the ban of plastic picnicware in France. Other solutions are also brought by the different modular projects of the MED Sustainable Tourism Community such as BLUEISLANDS in its effort to properly identify, address and mitigate the effects of the seasonal variation of waste generation on MED islands as an effect of tourism; CO-EVOLVE in encouraging the emergence of policies and initiatives to promote the development of sustainable and responsible coastal and maritime tourism or CONSUMELESS, contributing to sustainable water, energy and waste management.

This is part of broad european policies to reduce single plastics use for example through the European Strategy for Plastics and establish a more sustainable circular economy. You can learn more on this aspect here. Such measures’ impact could only be broadened by the involvement of other types of stakeholders such of travel operators, citizens and policy makers. In the same vein, Thomas Cook declared itself ready to remove millions of single-use plastics of its resorts.

An integrated approach to fight the negative impacts that tourism can have on the ecosystems of the destinations could only but bring valuable benefits to the global fight against plastics and towards a more sustainable tourism and biodiversity protection.